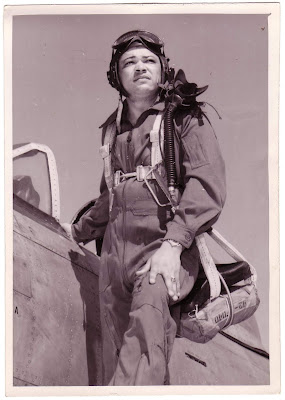 I wrote this poem in honor of my father Lawrence E. Campbell, Jr. He started flight training with the 332nd Fighter Group at the Tuskegee Army Airfield in 1944, and was discharged at the end of World War II in 1945. He rejoined in 1947, and in 1948 became the first black man to fly a jet for the U.S. Air Force.

The thing was, though, he wasn't one to boast--and when I was younger, I didn't have the foresight to ask. Years after his death I began going through some of his papers, and one newspaper article in particular captivated me: "Negro Fighter Pilot Finds Flying Jets To Be Easy but Terrifying Experience."

The article contained quotes from him about his first jet flight that were so vivid and personal, I had to write something about it: 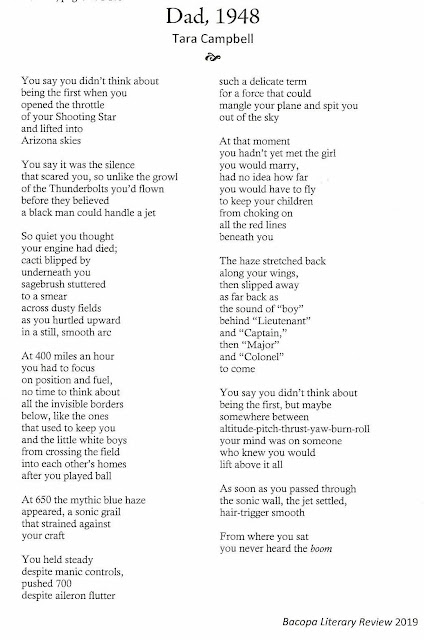 
*    *    *
Tara Campbell is a Kimbilio Fellow, fiction editor with Barrelhouse; author of a novel "TreeVolution," hybrid fiction/poetry collection "Circe's Bicycle," and short story collection "Midnight at the Organporium" which garnered a starred Publishers Weekly review. She has an MFA from American University.