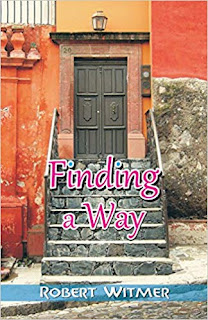 I wrote the three haiku published in the 2019 issue of Bacopa Literary Review while I was teaching a course in modern poetry at a college in southern India. It was the semester break at my university in Japan, and I intended to enjoy my time in Goa, where I lived in a lovely little village just a 15-minute walk to the sea. Long walks along the nearly empty beaches, punctuated with delicious seafood and cold beer, proved to be an ideal situation for writing.

Moreover, I was energized by the possibility of having some haiku published by a mainstream literary journal. The haiku community has mistakenly, in my view, distanced itself from what many of its members consider the poetry establishment. To my mind, haiku is a kind of poetry, differing from other kinds of poetry only in the brevity of its form.

All three of my poems illustrate the primary features of the haiku form: concision, the juxtaposition of concrete particulars, and an immediacy and suggestiveness. Two of the haiku ("bubbles rise" and "friends pass away") are, I suppose, manifestations of the inevitable process of aging. An old mentor of mine said that the hardest part about growing old is losing more and more of those who were dear to you. Yet, I believe, we can hold onto a part of our childhood. Isaac Newton had to suffer a blow on the head to comprehend the inescapable force of gravity: alas, stones sink--yet bubbles rise. Each of our lost loved ones was as unique as any snowflake, and we can hold their singular beauty close to us for as long as we live.

friends pass away
snowflakes
melting against the window

My "sunlight on snow" poem was rather more mysterious in its provenance: one of those blessings of the muse that suddenly light the imagination. It seems to me that the poem contains the possibility of magic, a sudden awakening into life. Rabbits do not hibernate during winter; rather, they sleep a lot, about the same as humans do. To sleep, to dream, to wake. The sun warms the pure white snow; the black hat of the magician rests on a table behind the stage. When the time is right, the rabbit springs from its dreaming place. Spring has come, and we are delighted.


sunlight on snow
a rabbit sleeps
in the magician's hat

*     *     *
Robert Witmer is an American, semi-retired college professor who has lived in Japan for the past 40 years. In 2016 he published his first book of haiku, Finding a Way. His haiku can be found in several online journals, including Parody, Gnarled Oak, The Heron's Nest and Autumn Moon Haiku Journal.