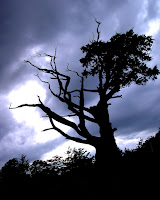 After submissions closed for this year's contest, one of our Writers Alliance of Gainesville members asked me to clarify my adamant notice in the 2019 Fiction guidelines, "NO HORROR, SCIENCE FICTION, OR OVERT SEXUAL CONTENT."


I have a Bacopa question about content. I know the guidelines say "no horror." But let's pretend that M.R, James, Joyce Carol Oates, Shirley Jackson, Arthur Conan Doyle, H.P. Lovecraft, and Charlotte Gilman of "Yellow Wallpaper" fame were submitting their weird/macabre/spooky short stories... would they be turned down? I haven't submitted anything before because I thought it didn't stand a chance... but would love clarification. Best, J.Elliott.

After mentally reconstructing what moved me to add the admonition in caps, I sent this response:


Please feel free to submit next year; I'll make sure our guidelines are less exclusive. I added "NO HORROR" this year after reading several submissions that were full of blood and gore with no literary merit. The point of being called a "literary review" is our desire to publish top-notch writing. If a well-written story focused on the macabre I would consider it for publication, but if it was only scary to be scary and the writing was not eloquent, I probably wouldn't.
I wasn't familiar with Charlotte Gilman's "The Yellow Wallpaper" and found a .pdf of it online, which I've just read. To me, it's not simply a "horror" story. It's a psychological treatment of the husband's domination over the wife (and implicitly, male domination over females), and what she sees in the wallpaper is a metaphor of her own existence: "The faint figure behind seemed to shake the pattern, just as if she wanted to get out." And at the end, "I've got out at last," said I, "in spite of you and Jane? And I've pulled off most of the paper, so you can't put me back!" Yes, I would accept Gilman's piece, but only after reading it to assure its literary depth.

J. Elliott  thanked me and added, "I like the psychological what-ifs and a steady ratcheting of discomfort."

Further exploration of frightful fiction that satisfies the demands of good writing brought back memories of stories I'll never forget: Anne Rice's Interview with the Vampire, Stephen King's The Stand, Mary Shelley's Frankenstein, Edgar Allan Poe's The Tell-Tale Heart, Daphne du Maurier's The Birds, Washington Irving's The Legend of Sleepy Hollow, and Shirley Jackson's The Lottery, among many others.

Uncovering a larger body of "literary horror," including contemporary devotees of the dreadful and H.P. Lovecraft's manifesto on the morbid, Supernatural Horror in Literature, I rejoiced in my narrow escape from ordinariness upon reading Lovecraft's suggestion that "the appeal of the spectrally macabre is generally narrow because it demands from the reader a certain degree of imagination and a capacity for detachment from every-day life. Relatively few are free enough from the spell of the daily routine to respond to rappings from outside..."

And for a contemporary twist, I highly recommend Nigerian writer Oyinkan Braithwaite's My Sister, the Serial Killer, published in 2018. Being a nurse, and quite knowledgeable about cleaning products, makes Korede the perfect person to clean up her sister Ayoola's crime scenes. Lots of surprising turns, each short chapter introducing a new surprise, "in a taut rhythm like that of a drumbeat."

So let's look forward to next year's submissions that "skillfully intermingle reason and madness, eerie atmosphere and everyday reality."