Threats of Execution: "Blood is Not Thicker"

I grew up in Shanghai and lived three years under the Communist regime, which was as brutal as depicted in my story "Blood is Not Thicker." In 1952 my parents, sister and I applied for exit visas but she and I were told we could not leave because we were spies for America. Six weeks of interrogation ensued, with threats of execution unless we signed a confession.

We refused. The pressure mounted. We were Italian nationals, which saved us from being shot, and in the end the police threw the visas at us and told us to get out. We left China for Italy with $50 each and one suitcase. Five years later the remainder of my family immigrated to the United States. After ten years in San Francisco I moved to Brazil, where my engineer husband worked on a hydroelectric project. We returned to California 15 years later. It is good to be home.

My novels and story collections are posted on Amazon and elsewhere, including Winning Writers and Narrative. 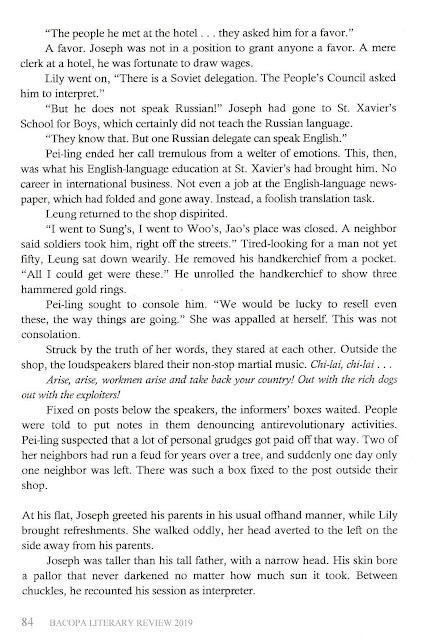