How to Do it Right: Second-Person Narrative

If ever there was a rule that most editors and publishers agree on, it's this: Don't write a novel with a second-person point of view. In fact, that's exactly the feedback Jay McInerney got when he was drafting his debut novel . . . Second-person narration can bring readers closer to the story. But often, it's actually used to create a greater sense of distance between the true narrator and the story they're telling--as editor Matthew Sharpe suggests is the case with "Bright Lights, Big City." (Second Person Point of View: A Writer's Guide.)

As indicated in the above quote, writing experts tend to argue against using the second-person perspective, in creative nonfiction as well as fiction. Though Jay McInerney's Bright Lights, Big City "took the literary world by storm [it's] often cited as the exception that proves the rule." 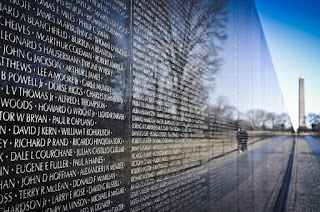 Second-person point of view can alienate readers if they aren't able to identify with the author's thoughts and feelings. However, Ed Coonce's Creative Nonfiction Pushcart Prize nominated "The Photograph" demonstrates how to do it right, as Seb Reilly suggests in "The Advantages and Disadvantages of Second-Person Perspective:" submerging readers "into the narrative completely . . . delivering sight, sound, smell, taste, and touch . . . ." Coonce's second-person narrative of his war experience and its aftermath allows the author some distance from traumatic events while engaging readers as if we, too, were there:

You remember what his face looked like when he fell onto the ground. The smell of cordite and white phosphorus hung over that ruined landscape, like it always did. You and those around you had been awake for the last twenty-four hours; one cannot sleep during a battle. You must keep one another alive; there are only four of you.
Hot war had come for you on the small outpost atop a grass-covered mountain . . . You were in their country, it wasn't yours, get out, the lady on the radio said . . .
A hundred yards down the mountain path, you came face to face with an enemy soldier, bloody and limping, a black rag tied around his head. He raised his weapon.
You were faster . . .
You still awaken at three a.m. . . . Sometimes, at the very moment you are taking that fatal shot you wake up screaming . . . .

*     *     *
Ed Coonce is an Encinitas CA artist, writer, actor, and the Creative Director for Theatre Arts West. An alumnus of San Diego State University where he studied art and anthropology, he hosts a weekly meetup, East Hell Writers.