by Editor in Chief Mary Bast
All writers are familiar with the adage "show, don't tell," but showing isn't necessarily based on action. "... a state of being can be presented without emotions and, despite that, cause us to feel quite a bit," says Donald Maass in The Emotional Craft of Fiction. 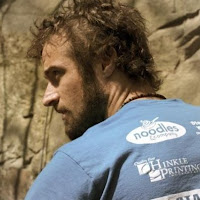 This fantastic event provides a framework for the author's subtext  illuminating the boundaries of a white-male-privileged social system. For example, after five years of promises, anchor Conte has finally been given time that morning to present her deeply researched feature on race relations. The station's money-hungry executives now want to displace her feature with ongoing coverage of the Burj Khalifa. Lead member of "The Brass," James McAvel, tells her condescendingly, "It's excellent journalism, just not the story that needs to be told right now," then not-so-subtly threatens the loss of Conte's job if she doesn't agree: "Going through a divorce can be tough, Miss Conte, especially when there are kids involved."

More subtle is the subtext of systemic discrimination against Abby, the twenty-something, gender-neutral, bespectacled intern whose introduction to Joan Conte includes the explanation "My pronouns are They/Them/Their."

With Lutz's story, Bacopa Literary Review has for the first time published work with "they" as a gender-fluid pronoun. We note The Associated Press Stylebook, "arguably the foremost arbiter of grammar and word choice in journalism, has added an entry for 'they' as a singular, gender-neutral pronoun in its latest edition."

According to Steph Shangraw in LGBT Fiction, the challenge of gender-neutral pronouns "creates a serious dilemma for an author of narrative fiction who wants to be inclusive and respectful," because readers jolted out of the flow will have more trouble losing themselves in the story. Yet, it's also the author's job "to blaze trails and set examples... That's the power and responsibility that come with storytelling."

So how does a writer introduce gender-neutral pronouns in a way that doesn't jolt readers out of the flow? The Associated Press Stylebook suggests "If they/them/their use is essential, explain in the text that the person prefers a gender-neutral pronoun." This is what Lutz has done in Abby's introduction to Joan Conte. In spite of that clarity, some readers will be confused by the pronouns that follow:


[Abby] ... waited for a reaction, any reaction; waited and waited and waited and then... thinking that both the woman on stage in front of them and the reasons they'd deluded themselves to coming back for another day of this going-nowhere internship, well, they were both f-----d."

Not only is it the responsibility of authors to blaze trails, it's our responsibility as educated readers to develop enough flexibility to accommodate gender-fluid writing.