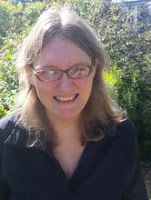 The nineteen works of creative nonfiction published in Bacopa Literary Review 2016 covered a wide variety of types and forms, including the brilliant hybrid narrative/memoir/essay, "Misremembering Chekhov," by Rebecca Ruth Gould.

Our typical call for submissions invites creative nonfiction with "a moving inner voice" that "holds to the same standards as other literary forms while remaining grounded in fact." Gould's 2016 contribution (pp. 153-157) is a perfect example.

Notice how she begins by weaving personal experience with literary observations:


Chekhov was not my first love. More obviously delectable to a college freshman just returned from her first visit to St. Petersburg and discovering Russian literature for the first time were the thick novels of Dostoevsky and Tolstoy. Those "great, baggy monsters" (as Henry James called them) buoyed me up through my first marriage, my frantic conversion to Christianity, and my equally hasty divorce. . . . Dostoevsky's tortured heroines perfectly matched my overstrung mind, and his philosophical dialogues about the existence (or not) of God were the perfect object of reflection for my theologically conflicted soul . . . .
Tolstoy struck a different chord, but one which was equally resonant. His ability to cut through racism and prejudice . . . Tolstoy did not pull at my heartstrings in quite the same way as Dostoevsky, but he did speak to my social conscience, and to my desire to make a difference in the world . . . .
I did not have a chance to taste [Chekhov] until my final semester at Berkeley, after a whirlwind tour of the Russian canon. . . . For our first story, my professor had chosen Chekhov's "Lady with a Lapdog" . . . *

Now the author pulls us into her theme:


The most enduring impression I took away from that story . . . was that, to a much greater extent than Tolstoyevsky, Chekhov was a cynic. After depicting the blossoming of love between a younger woman and her elder lover, he showed how love is fated to not last. This is how I interpreted an unforgettable detail in the Yalta hotel room. . . . Anna Sergevevna laments her lost virginity while Gurov begins to feel bored. . . .
Fast forward seventeen years. The Russian literary pantheon has lost some but by no means all of its glory to my readerly eyes. A long succession of other loves has intervened between me and Chekhov: Arabic, Persian, Georgian, not to mention the more familiar French, German, Italian, and Spanish. All of these literatures I have tried to know in some intimate way. But, in spite of my promiscuous disloyalty to other literature and languages, Russian keeps cropping up in unexpected ways. . . .
One of the most unexpected ways in which Chekhov crops up is on an online dating profile on the website 'OKCupid.' A Brussels-based scientist lists Dostoevsky among his favourite authors . . . .

They meet in Paris:


Paris is like a dream. We spend our first full day together strolling through the Jardin du Luxembourg, talking non-stop about the books that impacted our lives . . .
Unlike the way I read in my undergraduate years, we do not linger over the philosophical nuances of Dostoevsky's fictions. We do not ponder the existence (or not) of God. . . .
You will have guessed, Dear Reader, that this was the beginning of love. And you will not have been wrong. It was indeed the beginning of a certain kind of passion. . . . Our peculiar love had a strangely short duration, and evaporated not long after it was born. Chekhov was the prophet of this evaporation. He foretold the entire story of our love in his "Lady with a Lapdog."

Ah! Gould takes us to the realization implied in her story's title:


So I thought until I read the story again. . . . I discovered I had misremembered Chekhov's tone. I had taken him for an unadulterated cynic, when in fact "Lady with a Lapdog" depicts the gradual emergence of a love so intense that the world cannot contain it. . . . he was himself a romantic, a believer in the ability of love to overcome social conventions. . . .  My circuitous path towards love was more like the second reading than were the airbrushed tale of playboys and false affections that my undergraduate imagination had remembered . . . .  Chekhov tends to keep the devotion of those who have fallen in love with him for the rest of their writing lives. Perhaps the reason for this lies in his peculiar way of representing the world. Savouring Chekhov's flair for revealing the interstices of memory and forgetfulness makes it difficult to look away ever again.


Me: "I'm trying to find the exact title for Chekhov's story about the lady with a dog. I've seen 'Lady with a Lapdog,' 'The Lady with a Pet Dog,' 'Lady with a Dog,' and other similar titles. This is the Russian: Дама с собачкой."

U.R, Bowie: "In Russian the sobachka of the title is a diminutive ("little dog"), but you can't get exactly that effect in English. Translators try by using terms like 'lapdog.' Of course, there is no 'correct' translation. To read the definitive Chekhov, you have to read him in Russian!"

And from The Possessed by Elif Batuman, page 20:


"In 'Lady with Lapdog,' Gurov's wife, Anna's husband, Gurov's crony at the club, even the lapdog, are all nameless. No contemporary American short-story writer would have had the stamina not to name that lapdog."