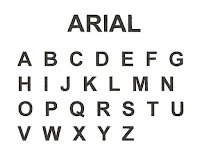 Year after year, we're surprised by how many submissions ignore our guidelines. If you want to be published, why would you do that?

Wouldn't you would want to be seen as thoughtful of the editors' time demands when considering the merits of a submission and its fit with a particular issue? If you haven't followed the guidelines, might we fairly assume you haven't read past issues or have any idea of the kind of work we publish?

We are not trying to limit your freedom. We do not want to make your life more difficult. We have these guidelines because we want to give each submission the best chance of an unbiased and positive reaction.

If we've asked for Arial font, size 12, why would you ignore that request? Aren't you at least curious about that choice, when you're so familiar with Times New Roman? This matters a great deal because we read submissions onscreen, and Arial size 12 is the best font and size for comfortable online reading (we receive more than a thousand submissions in the two-month submission period). The familiar serif font of Times New Roman ("little feet and embellishments on the tip and base of each letter") is fine for print, but more difficult to read online. Arial's "sans-serif" font (no embellishments), size 12 or larger, doesn't use as many pixels and is easier on the eyes, especially for long hours of onscreen reading.

If you've identified yourself on the document after we've asked that you not do that, might we not assume you think your name should carry weight, because of your reputation or because we know you? We've set Submittable forms so we can't see the cover letter with author's name and experience until we either Accept or Decline. We do this to approach each piece afresh as best as we can, to let the work speak to us without knowing how many publications or literary awards (or lack thereof) the author can list, or how often we've had coffee together or shared similar views on Facebook. Of course there's always bias, some of it unconscious, and we've written about our own in this post.

I'll let you in on a secret: I hate Times New Roman font. Even on a good day, when I'm feeling patient and haven't yet read ten submissions of close to 2500 words each, I still have to suppress my Times New Roman bias when I hit Ctrl+A ("select all") and change the font to Arial so I can read it with my already fatigued eyes.

$300 First Prize, $100 Second Prize in each; all contributors receive a print copy of the issue, prize winners receive 3 copies.


FICTION: Send us the best fiction you can write (1000-3000 words). We care about well-written stories that make us feel or think and leave us with memories that will stick with us for years to come. No matter the subject, be it genre or literary fiction, what matters is the effect your story has on us.

CREATIVE NONFICTION: We publish true stories up to 2500 words, written beautifully, and based on the author’s experiences, perceptions, and reflections in the form of personal memoir or literary essay (for example, nature, travel, medical, spiritual, food writing).

POETRY: Let us hear your particular voice. Ground your words in the world, or the body, or both. Break genres and bend boundaries, or pour your own cosmos into, and extract alternate universes from, hoary ancestral forms.

SHORT-SHORT: Writing short is a unique skill. Short-shorts include fiction stories of 750 words or fewer with a clear story line, minimalistic tight writing and compressed story structure. There is no minimum on word count. We love 25-word hint fiction as much as 750-word stories.

HUMOR: Make us laugh in any literary form up to 1500 words intended to be humorous. This can include personal essays, satire, poetry, short fiction, grocery lists, manifestos, or modified insurance policies.


With "A Soundtrack for Early Motherhood," I didn't set out to write something that could be called mixed genre, but whatever I managed to put on the page ultimately came together like the days themselves--out of bits and pieces of light, weather, movement, and memory.

New to motherhood and new to Montana, I was also newly capable of the kind of stillness and repetition that those early months demand and that would, looking back, serve as a sort of trial for living in the world in 2020. After all, in ordinary times parents of newborns are often struck by the sudden isolation that comes with needing to shield the vulnerable from all that's toxic and transmittable.

During those days, I must have played Mark Knopfler's Princess Bride score a hundred times, it being the only album that both lulled my infant to sleep without fail and stood up to that level of repeat listening. Uncoupled from the wider exuberance of the movie, many of the songs--with their soaring synth instrumentals and plucked guitar accompaniment--have a worldly flair that's overlaid with mystery and melancholy.

Initially, the music made me think of the future, of a time when I might hear it and be transported to our first full winter in Montana, when my son still fell asleep in my arms and the daylight shifted noticeably, hour by hour. I wanted my future self to cast her mind back to my present and describe what she saw.

But the songs kept pulling me into the past, and particularly to a school year in the early nineties that somehow managed to assert itself above all the others. As I listened, images and impressions from that year would surface through the dense commotion of decades. Wide library tables stenciled with slivers of tropical sunlight. "The Rime of the Ancient Mariner" read aloud. The opening theme of National Geographic Explorer and the ripples of excitement that it sent through the last class of the day. So many moments to choose from, but the stars won out in the end.


*    *    *
Korena Di Roma Howley writes about science, food, and travel for print and online publications. Her prose poem "Mary Is in the Marketplace" recently appeared in Unbroken Journal. You'll find her mixed genre work, "A Soundtrack for Early Motherhood," on pp. 126-127 of Bacopa Literary Review 2019.

Submissions are now open for Bacopa Literary Review 2020:
$300 First Prize or $100 Second Prize in each of five genres
Posted by Mary Bast at 9:00 AM No comments: