Wear Your Erudition Lightly, But Wear It!


Read, read, read. Read everything--trash, classics, good and bad, and see how they do it. Just like a carpenter who works as an apprentice and studies the master. Read! You'll absorb it. Then write. If it is good, you'll find out. If it's not, throw it out the window. -- William Faulkner (cited in Literary Works)

We're half-way through our contest, I've read hundreds of fiction submissions, accepted one so far, and have about a dozen Maybes awaiting further reading. We've learned to wait a few days before declining a piece, because people don't believe we've thoroughly considered their work if we respond within a few hours.

But, truthfully, don't you know within a page or two, when reading others' fiction, if you are compelled by the unfolding story, astonished by the strength of its voice, impressed with the quality of writing, and/or mentally chewing over a fresh perspective?

I read all kinds of fiction, classic and contemporary. I read a LOT. And everything I read hones my ability to ferret out good work quickly. I hope it will help those submitting fiction to Bacopa Literary Review to know what kind of work has recently compelled, astonished, and impressed me.

Siri Hustvedt's work is so intelligent, I could weep. I'm currently reading Memories of the Future, savoring every sentence. For example, "I am still in New York, but the city I lived in then is not the city I inhabit now. Money remains ascendant, but its glow has spread across the borough of Manhattan. The faded signs, tattered awnings, peeling posters, and filthy bricks that gave the streets of my old Upper West Side neighborhood a generally jumbled and bleary look have disappeared. When I find myself in the old haunts now, my eyes are met with the tightened outlines of bourgeois improvement" (p. 10).

Note that Hustvedt doesn't bludgeon readers with her erudition. For example, she further explains what she means by bourgeois improvement: "Legible signage and clean, clear colors have replaced the former visual murk. And the streets have lost their menace, that ubiquitous if invisible threat that violence might erupt at any instant and that a defensive posture and determined walk were not optional but necessary."


"... under the control of a consummate intelligence, Hustvedt wears her erudition lightly and her cool intellect has a playful and warming passion."

Claire Adam's Golden Child is a very different kind of reading--compelling storytelling with lots of dialogue between characters and richly described scenes. For example, notice how much is conveyed by this interaction (p. 6) between Joy and Clyde, a married couple who are members of an Indian family that's migrated to Trinidad, and parents of the twin boys Peter and Paul:


Joy is sitting down when Clyde comes in, the fan set to blow breeze straight on her. The sheets that they laid over the couch and armchair since the break-in are all smoothed out and organized, but the place still looks terrible...

When? In the morning?

About lunchtime, she says, I saw the pressure was getting low so I filled up the pots. She keeps talking as Clyde goes through to the kitchen to put down his keys. He waves away the flies from the dishes stacked up in the sink...

Golden Child is particularly characterized by depth of character, especially with Clyde and Paul (the twin who is not the "golden child"). You learn from Clyde's conversations and inner dialogue, for example, why he is reluctant to accept help from anyone and what goes into his decisions about schooling for Peter (the brilliant one) and Paul ("slightly retarded").

From The Guardian's review of Golden Child:


"Overall, this book manages to combine two things rarely bound together in the same spine: a sensitive depiction of family life and the page-flicking urgency of a thriller."

My all-time favorite author of mysteries is Tana French, an American-Irish writer and live-theater actress who lives in Dublin. I'm currently reading The Witch Elm, and--as with French's other mysteries I've read--the psychological depth of her characters is unsurpassed. The reviewers below agree with me:


"[Toby is] so deep into his own artifice that he doesn't recognize that's what it is. He thinks he's a pretty terrific guy and ignores any evidence to the contrary... In the aftermath of his brutal attack--his first major misfortune, and the first of many to come--the thing that frightens him most is the possibility that some essential part of this great shining self is gone: He can't remember parts of his life, can't seem to finish a thought. He is facing, for the first time, the possibility that he is, in some fundamental way, incomplete." The Nation

"Most crime fiction is diverting: French's is consuming. A bit of the spell it casts can be attributed to the genre's usual devices--the tempting conundrum, the red herrings, the slices of low and high life--but French is also hunting bigger game. In her books, the search fo the killer becomes entangled with a search for self." The New Yorker

So if you want to know what kind of fiction we'll accept for Bacopa Literary Review 2019, show us your erudition, let us know you're a smart reader because we see in your work what I've described above: a compelling story, a powerful voice, beautiful writing, a fresh perspective, depth of character, but don't try to hit us over the head with how smart you are. Wear it lightly. 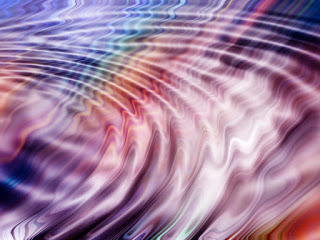