Writing on the Head of a Pin

The language of haiku demands precision and restraint. Each word must count, each word must offer meaning. This tiny poem expresses a truth or viewpoint in layers of concrete detail and juxtaposed visual imagery, demanding skill and focus, and language control.

Haiku captures a moment when the mental chatter ceases and the heart "feels" a connection previously unseen. In just a few lines, haiku embodies the essence, the holiness of being alive--a flash of surprise, an interesting perspective. Such brevity demands skill and focus, like writing on the head of a pin. The reader is the yin of the yang in this form where the writer and reader meet half way.  A reader might take away an intellectual concept from the haiku or "feel" the emotion of the poem like a light punch in the solar plexus. 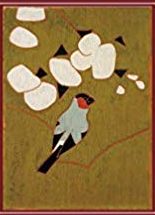 According to Higginson in The Haiku Handbook, haiku happens when we "see or sense something that gives us a bit of a lift, or a moment's pure sadness. Perhaps it is . . . some scent on the wind . . .

and we find ourselves more alone, because of the being on the other side of that door."

Perhaps you have heard of some of the greatest Japanese haiku masters. Basho, Issa and Buson were a few of the most well known. In 17th century Japan, poets often met in groups to compose a single long poem and together contributed two or three lines in an ongoing string of poetry, sometimes traveling throughout the country and adding to the linked poetry. This original linked haiku writing was known as Haikai no renga or haikai.

In traditional style, the three-lined poem had a "kigo" or seasonal word, but today this is not necessarily the rule. The traditional criteria to include a seasonal theme has expanded to incorporate other themes such as human or animal themes or playful irony:


Years later--
she polishes the silver comb
with his toupee

Notice that haiku does not demand a title. It is a snapshot, and a title would suggest and distract the reader from an immediate response. The "image" of a haiku must capture the reader with specific concrete words such as "toupee" and "silver comb." Instead of "anger," which is a vague word to visualize, we "see" a disgruntled woman, possibly a widow, or an angry divorcee. This is the classic "showing not telling." Can you see the irony in the juxtaposition of the use of the word "toupee" for a bald head, and the use of a rich man's comb, a woman polishing with his hairpiece? How does she feel about this man?

When writing haiku, try to use words that might appeal to the senses, which can include touch, hearing, taste, smell, temperature, movement, pain, and any others you can think of. Therefore, when creating haiku, connect two images in unusual or surprising ways.


After the funeral--
even the mountains
are small
(Higginson)

after the funeral--
a blood-red moon